Both Cavaliers and Trojan display improvements in impromptu matchup

The last time the Millington Trojans saw the Crockett County Cavaliers, the November playoff match saw the Cavalier offense pitch a perfect game scoring on all 10 possession for a 70-35 win.

Fast forward to Friday night, Crockett County found itself in a 7-7 deadlock with time ticking away in the fourth quarter. Facing a fourth down and one situation just 5-yards away from the end zone, Cavaliers Head Coach Kevin Ward had to make a decision.

“We challenged them down there on fourth and one,” he recalled. “’We would either kick a field goal right here to take the lead or we can try to score if we can. You guys want to take the lead right here by getting a first down?’ They said ‘Yes Sir.’

“’We’ll I’m going to trust you. Let’s go for it. You better make sure you take care of business so that the next time this happens I’ll be able to trust you again,’” Ward continued. “They stepped up and go the first down. The next play we scored and got up a touchdown. Being up a touchdown instead of three is big. We knew they had some ability to throw and catch the football.”

Crockett County used a power running play to gain a couple of yards and earn a fresh set of downs. On the next play Cavaliers quarterback Lukas Barger ran a keeper to give his team the advantage at 14-7.

The Trojans tried to march the ball down the field and get into scoring possession. Needing seven points instead of just a field goal, Millington freshman quarterback McCoy Pugh had to take chances downfield.

Pugh’s last pass of the night ended up in the hands of Cavalier defender Francisco Mena. Crockett County secured the 14-7 victory.

“We’ve seen them get better every single week,” Ward said of the Trojans. “Teams we’ve talked to that they played earlier, they’re not the same team they were four weeks ago. They’ve gotten a lot experience over the last three weeks. They seem to be very coachable, listen to their coaches and do what they tell them to do.

“I appreciate Coach Michael bringing his kids up here,” he continued. “We played them last year in the playoffs. We know it’s a possibility we could play them again. It was good for us to see where we are with that Region over there. We’ve got a lot of work to do now before then.”

Millington (1-4) established to the Cavaliers they had a lot of work to do Friday night forcing punts and keeping the first period scoreless.

Crockett County finally broke the 0-0 tie in the second quarter when running back LeAnthony Cathey raced up the sideline for a 25-yard TD run at the 9:59 mark.

Both defenses maintained the 7-0 score throughout the first half. Crockett County’s secondary did a solid job of trying to confuse Pugh limiting his success.

On the other side, the Trojan defense neutralized the Cavalier running game with the front seven. Millington’s secondary lived up to its reputation and limited the Crockett County passing game.

The halftime score of 7-0 stayed on the Crockett County Stadium scoreboard until the fourth quarter. Then the Trojans got into scoring position when Pugh hit Adrian “Bug” Dowell for a 53-yard gain. A couple of plays later Pugh hooked up with senior speedster Reggie Caldwell for a 12-yard TD catch.

Millington Head Coach Chris Michael said those two big throws by Pugh displayed his quick maturity from half to half.

“Coaches see things on the sideline and you want your player to see those things too,” he noted. “It’s a learning process and a lot of those kids are young. It’s taking them time but he soaks it up like a sponge. He takes every word out of our coaching staff’s mouth and he tries to build on it. He understands when he makes mistakes he gets yelled at because coaches get excited.

Pugh and the Trojans fought to tie the game at 7-7 with 8 minutes and 49 seconds remaining. The Cavaliers took the ball and marched down field for the go-ahead score with a minute and 37 seconds left. With the teams being Region foes, another November matchup might be possible.

Michael hopes his Trojans win their side of the Region to be able to invite the Cavaliers to Shelby County.

“It’s a great place to come, great atmosphere to play football,” Michael acknowledged. “Great night, it was just one of those games where they were looking for one. And we needed to fill a slot. We both probably knew when we decided to play there is a potential we could possibly meet up in the playoffs.

“Our guys need the exposure and continue to play good teams,” he concluded. “We need to continue to be challenged. The Triple Option stuff we see with a Munford, maybe an FACS, tonight was a good challenge for our defense to come back after playing a couple of Spread teams. We got a chance to see something different and gave our offense a chance to improve. Based on last year’s results we wanted to come back and make a showing up here.”

The Cavaliers are scheduled to take on Lexington next Friday and the Trojans will have FACS on the docket. 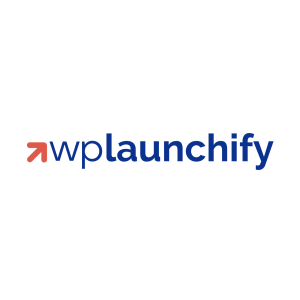