Our calendars are full of holidays, some with more unorthodox origins than others. From eccentric publishers to friendly rivalries to not-so-friendly ones, here’s a chance to learn more about five holidays with strange origins.

First and foremost is Mardi Gras, or Fat Tuesday, that day of fun before Lent begins. While the Lenten calendar is an established part of Christianity, scholars believe Mardi Gras has its origins in the Lupercalia, a Roman pagan festival that celebrated the beginning of spring. Any time you start talking about pagans, things tend to get a little strange.

We all know someone with an extreme dedication to a pet cause. In the case of Bernard Cigrand, a dentist and schoolteacher, the cause was to establish a national holiday to commemorate the American flag. Cigrand was so singularly devoted to the widespread observance of Flag Day that he founded a magazine, American Standard, that published articles on the topic of the American flag and the importance of proper reverence for it. Clearly, taking his cause to America’s newsstands was an effective approach, as President Woodrow Wilson designated June 14 as Flag Day in 1916, with Congress making it official in 1949.

Spite is a powerful motivator. Near the end of each May, English-speaking Canadians celebrate the birthday of Queen Victoria, who reigned over the United Kingdom from 1837 to 1901. Meanwhile, in Québec, ever-resistant of the English, French-Canadians celebrate a parallel holiday of their own on that same day—la journée nationale des patriotes, or National Patriots’ Day, commemorating the French rebels who fought against the English in the 1830s. The Québecois could have chosen any day of the year for this celebration, but they made a point to counterprogram a celebration of a long-gone English monarchy they never cared for anyway.

Everyone who has ever needed to break up classroom and office monotony has observed September 19 as National Talk Like a Pirate Day. This delightful holiday has not gained federal recognition but thrives in our hearts nonetheless. Talk Like a Pirate Day’s provenance has nothing to do with the birthdays of famous pirates or any red-letter dates in the history of piracy, as one might assume. Rather, the day’s co-creators simply started talking this way for fun one day and assigned the holiday to an ex-wife’s birthday—an uncharacteristic bit of mundanity for such a fanciful day.

The most recent of these holidays with strange origins is Muskrat Day. The homely and humble muskrat has long been a part of Michigan’s history. The water-dwelling mammal plays an integral role in the folklore of the indigenous peoples who occupied the peninsula, and Catholic Detroiters have long received special dispensation to eat muskrat during Lent under the dubious interpretation that it’s essentially a fish. On the other side of the state, in 2019, the city of Muskegon aimed to rival Groundhog Day with Muskrat Day: on August 27, a muskrat predicts whether we’ll have a longer summer. In the Upper Midwest, “no” is a safe bet. 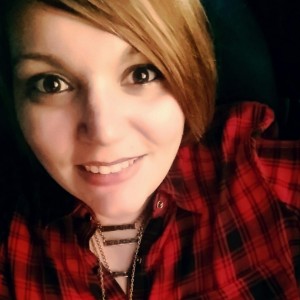 The Benefits of Using Solar LED Lights for Stadiums

Tips To Prepare Your Construction Company for Summer